Whether you're looking for a patio to eat some ribs on the Boulevard before a Flying Squirrels game or want to sit outside in historic Church Hill or chow down on family-owned comfort food these 6 Can't Miss Places for BBQ in RVA have something for everyone.

Buz and Ned's has been a Richmond Region institution since 1992. This award-winning barbecue uses "recipes that had been handed down for over 150 years, that old-timer (Ned) was a county legend and their best-kept secret. Before giving up the ghost, Ned passed his secrets on" and Buz and Ned's has been keeping that tradition alive ever since. 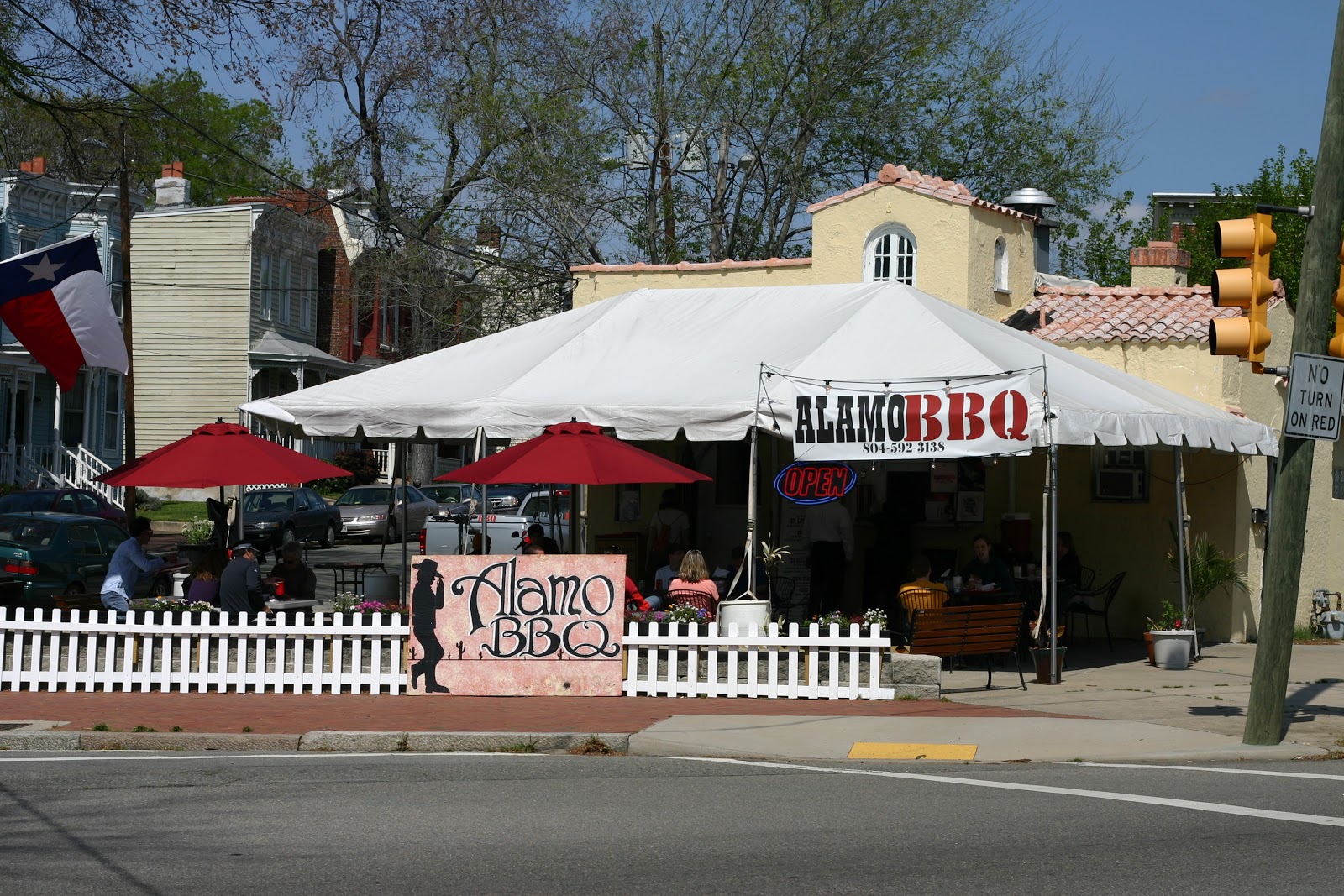 Alamo, appropriately enough, occupies a southwest style building in Church Hill and specializes in authentic Texas style BBQ, including award-winning beef brisket. They also offer many southwest influenced items, such as fish tacos and grilled burritos and have a dank patio for warmer weather.

With four outposts in the region from Midlothian to Short Pump, you're never far from Q's delicious barbecue. Q pride themselves on making everything top notch "We put the same effort into our sides and desserts as we do with our barbeque. That’s the Q difference. We want you to be just as blown away with the other two thirds of your plate."

Hogshead does barbecue right, but it also does hot dogs and pork wings and all kinds of interesting reinterpretations of classics you'd expect from a pit barbecue.

Extra Billy's takes its name from "the nickname given to William Smith, twice elected Governor of Virginia in 1845 and again in 1863. He earned the name “Extra” because of the extra effort he always made for his constituents and in practically every activity he undertook." Extra Billy's is also the only BBQ joint in RVA with a brewery in house.

Alexander's has been serving up BBQ in the Richmond Region since 1989. This small, family style joint will give you a taste of real southern comfort food and atmosphere.